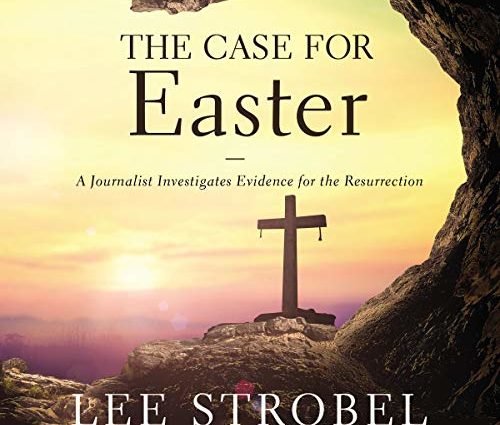 Book Review | The Case for Easter

The Case for Easter by Lee Strobel is an excellent read anytime…but particularly right now over Easter Weekend. The book is available for $1.99 on Kindle right now if you click here. I’m writing this post on Good Friday. Good Friday is a time to reflect and remember what took place on that day over 2,000 years ago when Jesus Christ willingly subjected himself to death by crucifixion in order to pay the penalty for our sin debt…for my sin debt. The Good part about that is that it was only the beginning of what would transpire over the course of three days leading up to Matthew 28:5-6, But the angel said to the women, “Do not be afraid, for I know that you seek Jesus who was crucified. He is not here, for he has risen, as he said. Come, see the place where he lay, where we see that Jesus was resurrected from the dead. Have you ever had questions about the crucifixion or the resurrection? This book is a great read and super helpful.

Lee Strobel started his career as a Yale Law educated investigative reporter for The Chicago Tribune. He was also an atheist. Have you ever heard his story? His testimony of investigating the resurrection with the purpose of overturning it…that led to him ultimately placing his faith in Jesus Christ…can be found in the book The Case for Christ. The book was also recently made into a movie which can be found for free on Netflix HERE. Our family watched the movie the other night and it was really helpful! Even if you have been a Christian for a while, it’s so good to consider other perspectives and questions that you may or may not have wrestled with.

Another great spot to check out Lee’s testimony and hear more of his story is on this week’s Linch with a Leader Podcast with Northstar Church Pastor Mike Linch.