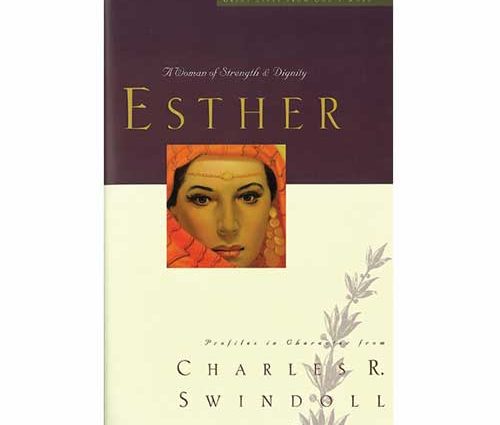 Book Review | Esther: A Woman of Strength and Dignity

One of my favorite series of books was written by Pastor Chuck Swindoll and the series is called Great Lives from God’s Word. I’ve read several of the books in this series and Joseph and Elijah are two of my favorites in addition to this one that I just read, Esther: A Woman of Strength and Dignity. This book gives us a look at God’s divine sovereignty while reminding us that while we can’t always see God’s hand at work…He is always working.

Esther 4:14 has always been one of my favorite verse in the Bible…“For if you keep silent at this time, relief and deliverance will rise for the Jews from another place, but you and your father’s house will perish. And who knows whether you have not come to the kingdom for such a time as this?” As we consider the current crisis in our world surrounding COVID-19 and the accompanying coronavirus, how am I living in such a way as to point people to Jesus? Where am I placing my hope? Has the Lord positioned me, my family, and our friends for “such a time as this?” To this day, the Jewish people have Esther to thank for the way she took a stand on their behalf and rescued them from the wicked plans of Haman. The Feast of Purim is still celebrated today as a way for the Jews to celebrate Esther.